DARTMOUTH COLLEGE: Provost Discusses C3I Milestones Over the Past Year 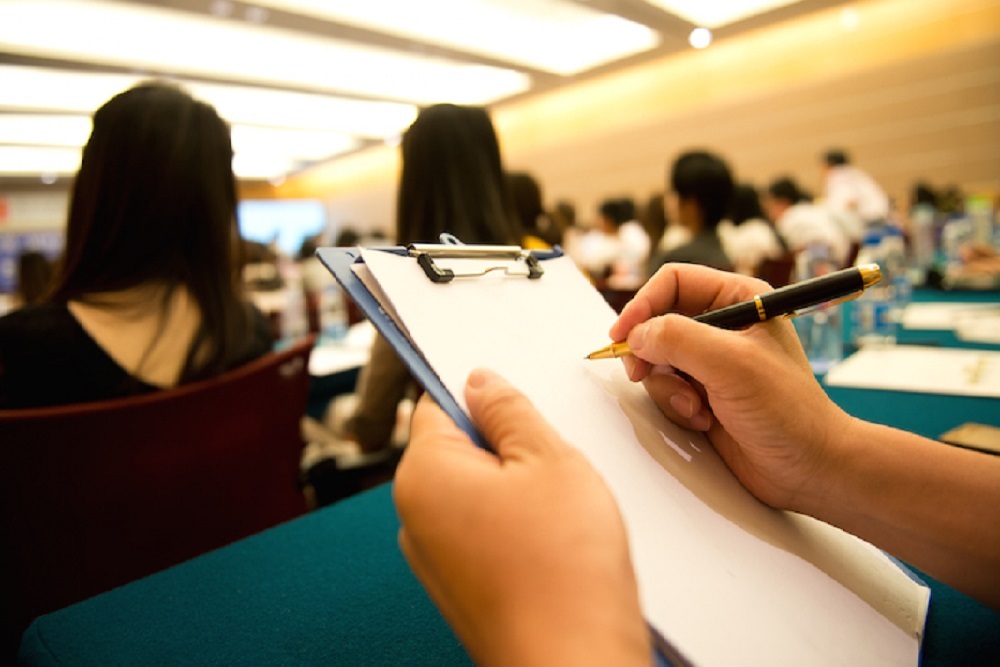 Provost Joseph Helble discusses the progress of the Campus Climate and Culture Initiative (C3I) at a town hall meeting on Wednesday. (Photo by Eli Burakian '00)

At the first town hall meeting of 2020, Provost Joseph Helble talked about the progress Dartmouth has made on the Campus Climate and Culture Initiative (C3I) since its launch a year ago.

Speaking to a crowd of more than 150 at the public forum in the Spaulding Auditorium of the Hopkins Center for the Arts Wednesday, Helble listed some of the milestones of C3I, a comprehensive set of actions aimed at creating a learning environment free from sexual harassment and the abuse of power. Helble also announced the creation of a new program, the Campus Climate Ambassador Program, that will be launched this winter for faculty and staff.

The achievements of C3I over the first year include the appointment of C3I director Theodosia Cook; the completion of two academic department climate reviews; the development and implementation of a new uniform misconduct policy and new procedures; and the completion of mandatory Title IX training by faculty, staff, and graduate students, Helble said.

"Everything I've spoken about here is forward looking," Helble said. "These are programs and processes we're putting in place with the goal of building a supportive community and making this the place where all of us—all of you—want to spend your careers working and learning."

Participants in the new ambassador program, with the support of their department and division leaders, will undergo training to support them in leading change to reduce gender bias and the harm is does. The ambassadors will work with a cohort of faculty and staff colleagues, under Cook's leadership and guidance, to build a positive climate and culture within their departments.

Helble said the C3I ambassador program is now accepting applications at the C3I website. He urged members of the Dartmouth community to attend an event from 4:30 to 6:30 p.m. on Jan. 13 with representatives from the National Academies of Sciences, Engineering, and Medicine (NASEM) in the grand ballroom of the Hanover Inn.

Also speaking at the town hall was Director of College Planning Joanna Whitcomb, who gave an update on the progress of a new strategic master plan. Whitcomb said a draft report from the master plan committee is expected to go to senior leadership by the end of February, with the plan available for public review on the master plan website shortly afterward.

The next town halls, part of an ongoing series of public discussions on developments at Dartmouth, are scheduled for April 8 and June 3 at noon in Spaulding. The topics of these events will be announced closer to those dates.

Original source can be found here.

Want to get notified whenever we write about Dartmouth College ?

Sign-up Next time we write about Dartmouth College, we'll email you a link to the story. You may edit your settings or unsubscribe at any time.